Today the May 2019 cover of Shape magazine was revealed, featuring Danai! In the issue, she talks about training for her roles in The Walking Dead, Black Panther, and the Avengers movies. 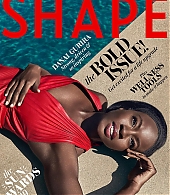 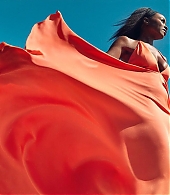 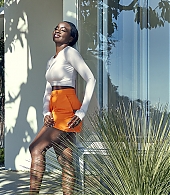 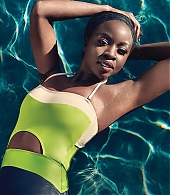 When Danai Gurira wants to clear her head, she hands her phone to her trainer and launches into a 90-minute workout. “It takes me away from whatever else is going on,” says the actor, award-winning playwright, and social activist. “All the things pulling at me out in the world are put on pause. My trainer uses my phone to track my heart rate. So I don’t have access to anything except what we’re doing.”
Taking time out to focus is especially important these days because Danai, 41, is one very busy woman. In the last year she has starred as the fierce Okoye in not one but two movies—Black Panther, the award-winning superhero film that broke box office records, and Avengers: Infinity War—and portrayed the zombie-killing Michonne on the hit TV show The Walking Dead. (Her co-star Lauren Cohan has graced the cover of Shape before too.) Next up for Danai: a role in the hotly anticipated Avengers: Endgame, which hits theaters April 26.

Then there’s all the advocacy work she does. Danai, who was recently named a U.N. Women Goodwill Ambassador, also founded and leads Love Our Girls, an organization with a mission to bring awareness and support to issues affecting women and girls worldwide. In truth, this part of her life is therapeutic, says Danai, who was born in Iowa and grew up in Zimbabwe. “I consider everything I do that involves any degree of advocacy or service to be self-care,” she says. “Stepping out of myself to help others is also a way of taking care of my soul, quite honestly. I don’t feel good about who I am if I’m not connected to a larger issue.”

You can read the full article and watch a behind the scenes video of her shoot over at Shape.com!